Scream Along with Billy – Moniker Management
17758
portfolio-item-template-default,single,single-portfolio-item,postid-17758,eltd-core-1.0.1,audrey-ver-1.2,eltd-smooth-scroll,eltd-smooth-page-transitions,eltd-mimic-ajax,eltd-grid-1200,eltd-blog-installed,eltd-follow-portfolio-info,eltd-default-style,eltd-fade-push-text-right,eltd-header-divided,eltd-sticky-header-on-scroll-up,eltd-default-mobile-header,eltd-sticky-up-mobile-header,eltd-menu-item-first-level-bg-color,eltd-dropdown-default,eltd-,eltd-fullscreen-search eltd-search-fade,eltd-side-menu-slide-from-right,wpb-js-composer js-comp-ver-5.5.2,vc_responsive
Scream Along with Billy

As most “Scream Along With Billy” aficionados know, the live stage performances up until now have always been in homage to iconic recording artists and filmmakers like Brian Eno, Pink Floyd, The Beatles, Nico, Andy Warhol, John Waters, David Lynch, and Robert Altman. “Scream Along With Billy” has developed into a cult sensation over the last ten years or so, mainly in New York City, Provincetown, MA and other part of the Northeast.

Hough has built up an impressive and talented group of friends and supporters including Pulitzer Prize winning author Michael Cunningham, actress Lili Taylor, who joins Hough on stage during many shows, filmmaker Oren Moverman and filmmaker John Waters, who called “Scream Along With Billy” “the bravest thing I’ve seen in 20 years.” Even influential critics have lent their support, with The New Yorker’s Hilton Als calling the show “Poignant and beautiful. Keeps the audience mesmerized. Absurdist theatre can happen anywhere, especially if it’s kept alive by artists like Hough.”

Actor/writer/musician Billy Hough’s conceptual musical live show “Scream Along With Billy”, which he performs with partner, bassist Susan Goldberg, made its debut at Enzo’s in Provincetown, MA, in 2006 and has since developed with various musical themes over the years. The show has become a staple of the New York City underground music and cabaret scene. This is where Billy caught the attention of film director Oren Moverman, who cast Billy as himself in the2011 feature “Rampart”. Three of Hough’s performances were used in the film and appear on the film’s soundtrack (Lakeshore Records, 2012), including one of his original songs, “Venice.”

But he first discovered by writer/director Stephen Winter (IV) who cast him as ‘Tony’ in the short “Death is Lame” in 2011. He again contributed an original song, “If I Loved You More” for the soundtrack, while he also composed “Love Theme from Daniel” for director Alain Furcajg’s 2010 feature “Daniel”.

Multi-­‐talented Billy Hough began his musical career as lead singer of the 1990’2 punk band, GarageDogs, with his brothers Paul Hough and Matt Hough. All six of the GarageDogs’ LPs, as well as 2009’s “Scream Along with Billy: The Album” were released by the brothers’ own label, GarageDog Records.In critiquing Village Voice writer Robert Chistgau summed up Hough’s edgy, yet colorful well-­‐documented past by saying… “Gay street-­‐hustler-­‐once-­‐removed rough-­‐rides the rock canon and tells drug stories that’ll make you chortle as your hair stands on end”.

Exploring other areas, he is also a founding member of the Gold Dust Orphans Theatrical Company of Boston, MA, where he has written (with lyricist and playwright Ryan Landry) the scores to seven original musicals, including “Joan of Arkansas” (2000) and “Cinderella Rocks” (2005).

More recently, working with Oren Moverman again, he wrote and performed the theme song “Radical Days” in the 2015 feature film “Time Out Of Mind”, written/directed by Moverman and starring Richard Gere. Hough also wrote the song “Rocket Science” for Moverman’s upcoming “The Dinner”. In addition, he wrote lyrics for the Lea DeLaria musical “Insatiable Hunger” with a script by Meryl Cohn and music by Sue Goldberg. And, in 2013, he released his Billy Hough & the X-­‐Loves’ “Venice” solo album, which continues to generate hugely popular short-­‐film like videos, the latest of which is the single and video “It’s All My Fault” from the fall of 2016.

Hough’s talents have also crossed over to the literary world, having recently produced the audio book for author friend Michael Cunningham’s “A Wild Swan: and Other Tales”, winning a “Best of the Year” award from the American Library Association: Hough and Lili Taylor narrated the audio book together, of which was said…. “Taylor and Hough’s atmospheric dual performance delivers a quirky interpretation brimming with macabre, racy humor in Cunningham’s reimagined fairy tales for adults.”

SCREAM ALONG WITH BILLY PRESS SHEET

“Billy is…bewildering. Robert would have loved this.” — Kathryn Altman, wife director, Robert Altman, “Nashville,””McCabe and Mrs. Miller” “Billy Hough is touched by genius, a word I don’t use often or lightly…The first time I heard Billy Hough & the X-Loves’ Venice took me back to the first time I heard Joni Mitchell’s Blue. I knew, in both instances that I was in the presence of a rock masterpiece. –Michael Cunningham , author of the Pulitzer Prize winning The Hours

“Funny…Wonderful!” — Danny Fields. Manager of ‘The Doors,” “The Ramones” “I haven’t felt like that since the first time I saw “Suicide”(band)—Legs McNeil, author of Please Kill Me: The Uncensored Oral History of Punk Rock “Hough writes with a lyrical frankness that rivals Marianne Faithfull’s seminal “Why’d Ya Do It?” –Dan Loughry, Frontiers, Los Angeles 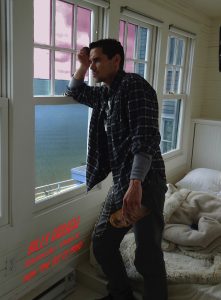 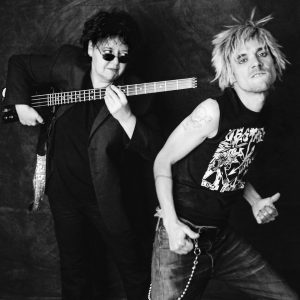 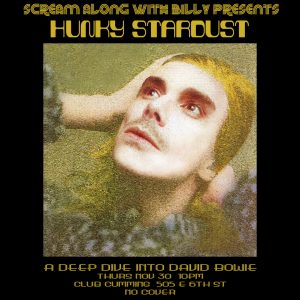 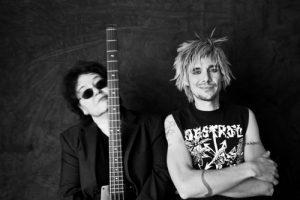 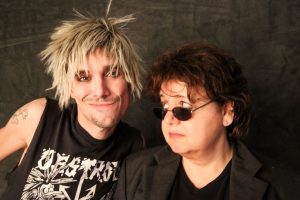