The Skyscraper Hostess, the One and Only Mama Tits is the creation of improvisational comedian and performer Brian D. Peters. Brian has been a performer since he was 5 years of age and has been doing Drag since he was 16 years old. When Brian first came to Seattle originally people knew him as one of the Sisters of Perpetual Indulgence™, but after quite a few years of service Brian felt it was time for the next chapter in his life and created a new persona. Soon to become his most notable character, Mama Tits was created in 2010 while working at a popular Seattle Drag Show. However, the WORLD was introduced to Mama Tits by the 2014 viral video of her taking on the anti-Gay protesters at the Seattle’s Pride Parade. Recently Mama has taken up residency in Puerto Vallarta Mexico from November – May headlining the Puerto Vallarta’s largest Cabaret Theater complex, Act 2 Stages in the illustrious Red Room Cabaret. Ever since her inaugural season in March of 2016 she has taken PV by storm, selling out most of her show 2 nights a week, 7 months a year!
Since 2010 Mama has been a staple in Seattle’s Pride celebrations for many years as an announcer for the Seattle Pride parade as well as as one of the headliner entertainers and hosts for Seattle PrideFest at Seattle Center. In addition to all Mama’s pride duties, Mama was the original hostess of the beloved weekly nightlife event ElektroPoP from 2011-2012, the original hostess of the Capitol Hill Talent Show but the project she is most proud of for the past 7 years, Mama has been the Owner/Producer/Director and Star of “Mimosas Cabaret”*** – Seattle’s #1 and Longest running weekly Drag Brunch.
*** “Mimosas Cabaret” formerly known as “Mimosas with Mama” was awarded “Best Theater Group” in KING 5 Television’s “Best of Western Washington” Voter Poll in both 2014 & 2015, the ONLY Drag group to ever win a “Best of Western Washington” title ever.
Mama Tits 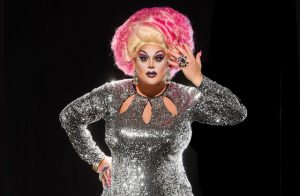 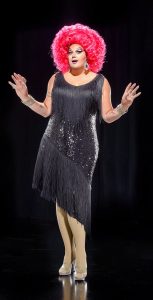 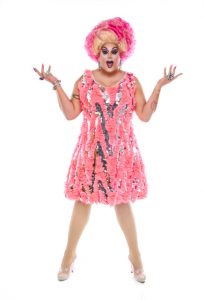