With her glitzy outfits, sky-high wigs and false eyelashes long enough to embarrass Tammy Faye Baker, multi-talented drag artist Lady Bunny would turn heads even if looking glamorous was her only talent. But “she” isn’t just another man in a dress: Bunny is a successful comedienne, DJ, actress, singer/songwriter and most famously, the emcee and creator of Wigstock, the outrageous drag festival of drag and music which electrified New Yorkers every Labor Day for over 20 years. Wigstock featured almost every queen who ever worked in NYC, but also attracted more mainstream recording acts who just wanted to join in the fun–including Dee-Lite, Debbie Harry, Boy George, RuPaul, John Cameron Mitchell as Hedwig, The B-52s’ Cindy Wilson, Crystal Waters, CeCe Peniston, Ultra Nate, Kristine W, Barbara Tucker and Vickie Sue (Turn The Beat Around) Robinson. Soon, the festival became known as a hipper version of Gay Pride Day.

Bunny’s also made the leap to television and film, with appearances on Sex And The City, The Comedy Central Roast Of Pamela Anderson and in the feature films Dragtime (HBO), The Out List (HBO), To Wong Foo, Thanks For Everything Julie Newmar, Party Girl, Rupaul’s Starrbooty and Another Gay Sequel: Gays Gone Wild. Most recently, Bunny played The Dean Of Drag for three seasons on Rupaul’s Drag U and can be seen in the upcoming feature film My Dead Boyfriend opposite Heather Graham.

Bunny DJs at fashion events, club events, corporate bashes and hell–gay weddings and bar mitzvahs! Her specialty is nailing what your crowd wants to hear. As she always says, “Please give me requests because I’m spinning for your party and my goal is to get you on the dance floor. Besides, I can play what I want at home for free!” Guests go crazy when Bunny leaves the DJ booth to join the crowd on the floor–so you’re basically hiring a DJ and a clown for the price of one! The Empire State Pride Agenda’s latched onto Bunny as their regular DJ for almost a decade now, claiming that “We’d been doing this event for years but Bunny was the first DJ to get our crowd to dance.” As the in-house DJ for Visionaire and V magazine, Bunny literally travelled the globe spinning atop the Eiffel Tower, Tokyo’s Mori Tower, the Fendi Showroom in Milan, London’s Harvey Nichols, The Delano in Miami and was the first DJ ever to spin at Paris’s palatial L’Opera Garnier. This lead to even more high profile DJ gigs like Van Cleef & Arpel’s 40th birthday bash in Paris and The Standard’s Black Out Party in NYC celebrating Naomi Campbell’s 25 years in fashion.

Like many DJs, Bunny moved into songwriting and has released two duets with RuPaul and a solo effort Take Me Up High, which hit Billboard’s Dance chart at #18 in 20013. She’s collaborated with Lonnie Gordon, Deee-Lite’s Lady Miss Kier, electro pioneer Mann Parrish and legendary NYC DJ Disciple.This summer, Bunny has teamed up with the ultra-groovy Ursula 1000 for the seismic dance track Blast Off on the new Ursula album. It’ll be released with remixes in August 2015. And a full-length solo album is in the works.

Bunny was a commentator in Star magazine’s Worst Of The Week column for eight years, and has written for publications as diverse as Paper magazine, Interview, Out, Time Out and Visionaire magazines. Bunny was chosen one of the most stylish New Yorkers by V magazine, The Daily News and Time Out NY. She’s interviewed subjects as varied as Scarlett Johansson, Marc Jacobs and Antony of Antony And The Johnsons fame. In recent years, this Lady has taken an increased interest in politics and social issues and has penned blistering pieces for Huffingtonpost with a decidedly liberal slant. After winning a few awards for her blog and many Facebook friends sick of her long diatribes telling her to “Write a book!”, Bunny is currently penning a memoir.

There have been recent brushes with the art world as well. Most recently, Bunny DJed for a three day exhibit at Faena Gallery in Buenos Aires for a disco-themed art installation by assume vivid astro focus. And Bunny performed original music and conducted a heart-felt interview with pioneer video artist Charles Atlas called The Waning Of Justice at the Luhring Augustine Gallery. (Charlie’s other documentary subjects include Leigh Bowery, Antony and Merce Cunningham.) And Bunny was delighted to be picked as one of of home decor guru Jonathan Adler’s muses for his original Inspiration Points series after Jonathan designed a pitcher modeled after Bunny.

In the last three years, Bunny has created two one-“woman” shows at La Escuelita. Both That Ain’t No Lady! and Clown’s Syndrome were extended for months after sell-out crowds and a rave review from the NY Times’ Charles Rooney which stated: “Most of Lady

Bunny’s best lines are unprintable here, but more than any performer I saw this year “the old pig in a wig,” as she calls herself, made me weep with laughter, often while groaning with disgust. And isn’t that what the best low comedy is all about?” Clowns Syndrome earned this glowing review from Irish Central: “A downtown drag fixture for over two and a half decades, in her new show Clowns Syndrome the self professed “pig in a wig” has crafted the funniest, most engagingly thoughtful and by far the most entertaining drag show I have ever seen.” Michael Musto called it “the funniest show in town.” Both shows toured the globe from LA to Palm Springs to San Francisco to Fort Lauderdale to Provincetown to London to Puerta Vallarta four cities in Australia. Clown’s Syndrome–It’s Back And It’s Worse! will be remounted this fall with updated material.

Talented, glamorous and funny as hell, Lady Bunny is a glittering comet hurtling toward Planet Show Biz. Brace yourself for impact! 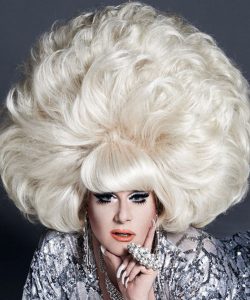 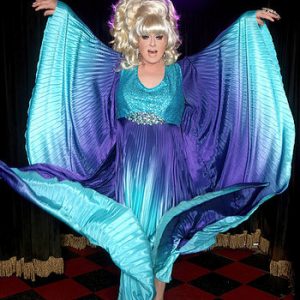 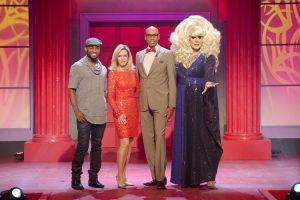 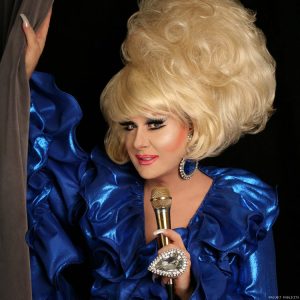 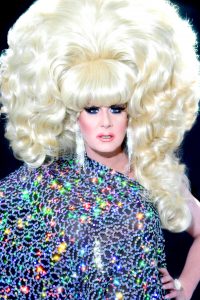 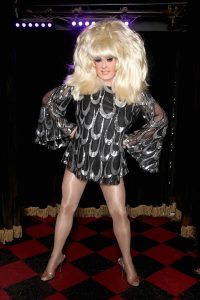 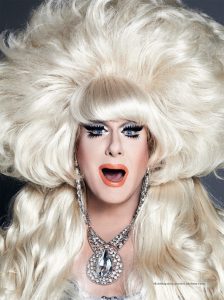 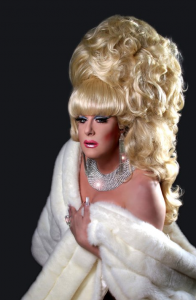 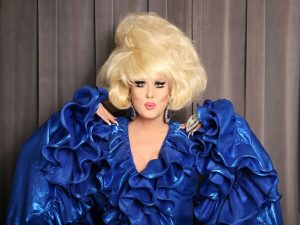 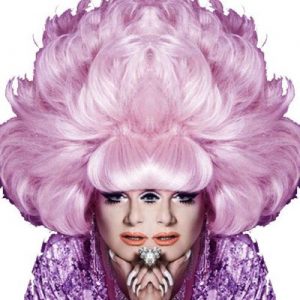 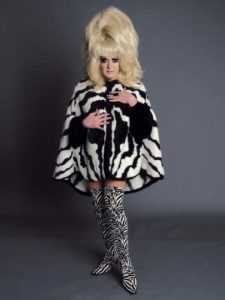