A fixture of New York City’s vibrant downtown performance scene for 30-plus years, Joey Arias is a bona fide NYC icon. In 2012 he appeared in a headlining solo concert at Central Park SummerStage and played the Southbank Centre in London as part of the Antony Hagerty-curated Meltodwn Festival. Then in October Z Chromosome, a short film starring Arias and directed by Manfred (Thierry) Mugler opened the 18th Annual Festival Chéries-Chéris in Paris. Spring 2013 sees Joey Arias in Residence at Joe’s Pub over 4 Sundays and on tour in the Western United States beginning with a Valentines Day concert at the world-famous Castro Theatre.

Arias lived and worked with legendary musician Klaus Nomi until Nomi’s death in 1983. However, he has long since stepped out of Nomi’s shadow to gain fame in his own right as a performance artist, cabaret singer and drag artist. From outrageous performances at seminal New York nightclubs Jackie 60 and Squeezebox to the now-legendary nights at Bar d’O where he held court with Raven-O and Sherry Vine, Arias has distinguished himself with scandalous wit, sleek style and an extraordinary voice… evocative of Lady Day yet uniquely his own.

It was no surprise when Arias was tapped by Cirque du Soleil to originate the role of the emcee in their Las Vegas spectacular Zumanity, for which he co-wrote 3 songs. After 6 years in that role, Arias returned to New York where he became star and co-creator of Arias With a Twist with master puppeteer Basil Twist. The show was a critical and commercial hit and extended repeatedly for a total of 8 months at HERE Arts Center. The show has been subsequently presented in Los Angeles, Washington DC and Paris and returned to New York for another critically acclaimed, encore 8-week run at Abrons Arts Center in Fall 2011. The “Arias With A Twist” docu-fantasy premiered at the Berlin Film Festival and had it’s US premiere at the 2011 TriBeca Film Festival.

In 2010 Arias returned to New York City with his first full-length concerts in over a decade. Joey Arias in Concert – featuring new jazz luminary Ben Allison and a band comprised of some of NYC’s best musicians – played to sold-out houses for two weeks at Abrons Arts Center. A scaled down version of the show opened the Spiegeltent at Bard SummerScape in 2011.

Arias has performed worldwide at venues including Carnegie Hall, The Freedom Theatre in London and on a transatlantic world tour into the cabaret clubs of Paris, Tokyo, Moscow, Germany, Finland, Estonia, Canada and England. On film, he has appeared in Mondo New York, Big Top Pee Wee, Elvira, Mistress of the Dark, Wigstock – The Movie, Flawless and To Wong Foo, Thanks for Everything! Julie Newmar. Television credits include the infamous Saturday Night Live episode with David Bowie and Klaus Nomi, Ann Magnuson’s Vandemonium (Cinemax), Elvira’s MTV Halloween Special, HBOs Dragtime, HBO’s Real Sex and Gayer Than Gay on VH1, along with numerous appearances on a wide variety of talk shows and programs. Additionally, Arias has produced several of his own recordings including Arias on Holiday, Strange Fruit, Jazzo Lozo, God Shave the Queen and live recordings of StarLust in Berlin, Arias with a Twist and Bar D’o in New York. 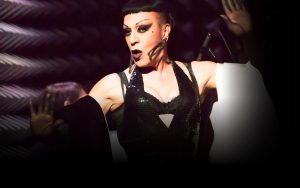 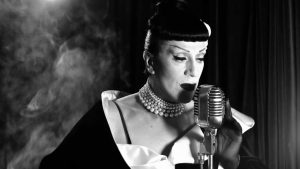 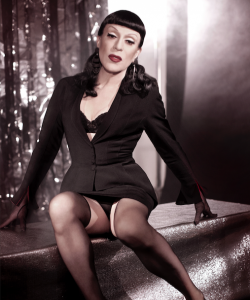 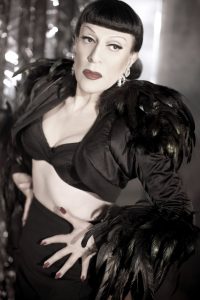 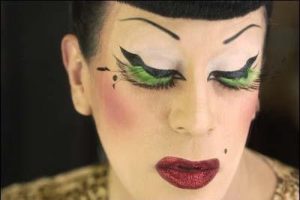 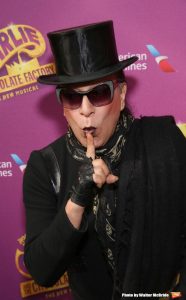 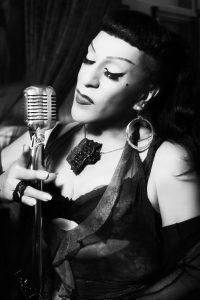 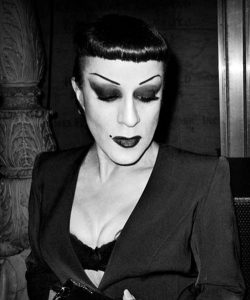