The world’s most famous transsexual and an effervescent fixture on the New York scene, Amanda Lepore has been at the cutting edge of culture since the club kid era, breaking and re-making the rules for music, marketing, and gender.

Her album, I…Amanda Lepore, is the culmination of her long reign as the queen of Gotham’s button pushing (and button popping) carnival, cementing her status as the most prevalent risk taking creative artist and good-time gal after dark.  A sort of woozy inflatable doll, Amanda comes off like a Jeff Koons statue of Marilyn Monroe, a walking work in progress whose nonstop array of surgeries have made her a unique comment on womanhood, and every inch a dame.

In Milan, she was dubbed La Silicona. In New York, she gets paid to enter a room, lips first. It’s not a party until her benevolent presence is spotted on a banquette, like a space alien sex goddess crossed with a curvy Disney goldfish, doling out insights, giggles, and occasionally free drink tickets. A dominatrix and a regular member of Michael Alig’s clubland circus at Limelight’s weekly Disco 2000 in the early ‘90s, Amanda went on to work Patricia Field’s makeup counter while finding her constantly changing face the most marketable object in town, it’s been used to promote Heatherette, M.A.C., Swatch, Smart Car, Perrier, Pop Water and Sergio K, just to name a few trendy brands, including her own limited edition fragrance by Artware Editions, and in 2006, way before he designed for that other first lady, Jason Wu did a limited edition Amanda Lepore doll, three versions, which represented her in plastic—a creative act that made perfect (dollars and) sense.

Well, back in the ‘90s, a newspaper column blithely called Amanda a drag queen, so she mailed them a Polaroid of herself giving them the finger (with no clothes on, by the way). “I’m a transsexual,” the exasperated diva explained to me at the time. “I have a vagina!”  She’ll even show it to you! In person! And as with a lot of her transformations, it came pretty cheap. (As a boy in Cedar Grove, New Jersey, Amanda got hormones from a transgendered friend in exchange for outfits. She ended up dating a surgeon who gave her a free nose job, a later boyfriend paying for her sexual reassignment. Who needs nationalized health care when you can just marry well?)

Things happen pretty enchantedly for Amanda, though this obscures the fact that beneath her vavoomy exterior is an unflappable person with a will of steel who invariably gets what she wants. Her obsessive dabblings in rhinoplasty, liquid silicone injections, eyelifts, and breast implants are calculated to make her the world’s most beautiful lab experiment—an iconic presence that artists from Elton John to The Drums to Tiga to The Dandy Warhols to Cazwell, have used to enhance their videos and that anyone with a camera—and half a brain—automatically aims her way.  Amanda has worked with some the most renowned photographers and creatives in the world, including Terry Richardson, Ellen Von Unwerth and Pierre et Gilles.

“Amanda has no interest in being a girl,” photographer David LaChapelle—one of her longtime mentors—once told me. “She wants to be a drawing of a girl, a cartoon like Jessica Rabbit. When I told her that silicone is dangerous, she said, ‘I don’t care, as long as I look beautiful in the coffin’.  There’s something kind of profound in that, that she’s creating this moment of beauty for herself and is willing to make the ultimate sacrifice.” Amanda’s music also takes pains to serve a challenging product that, in its post-Warholian way, sardonically comments on capitalism while wholeheartedly embracing it. Playing a ditz comes naturally to her (she sang “I Know What Boys Like” for Another Gay Movie Soundtrack and the downtown classic “My Hair Looks Fierce” on her first album, 2005’s I…Amanda Lepore), but it’s a pose, a winky attempt to portray a sort of modern day Ann-Margret, albeit one who once had a penis.

Usually, Amanda would rather sing about more important things than just boys and hair—like champagne, her nails and her privates! Her 2007 club hit “My Pussy (Is Famous)” giddily reminded the world that, while it arrived without a pricetag on it, her fertile crescent is now worth millions.

In April of 2017, Amanda released her memoir “Doll Parts”, published by Regan Arts, in collaboration with Vigliano Associates and Peace Bisquit.  This autobiography is a tell-all, co-authored with Thomas Flannery, and features exclusive photos and imagery chronicling Amanda’s illustrious life and career.  She also continued to work in the studio on her EP, LEPORE., released February 2018. 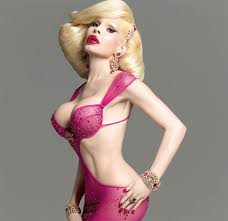 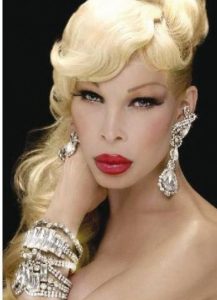 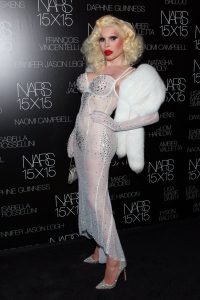 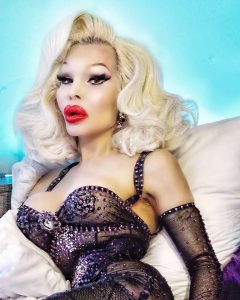 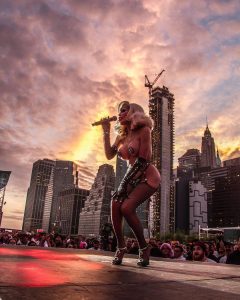 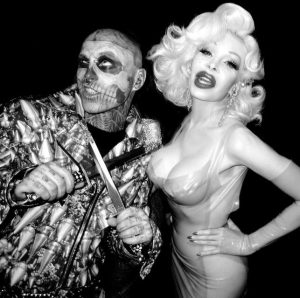 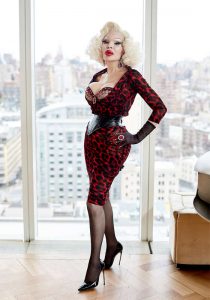 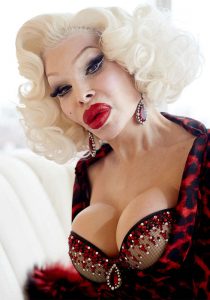 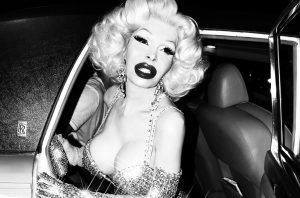 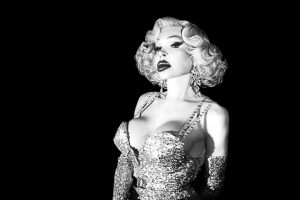