Drag superstar JACKIE BEAT has been entertaining audiences across the U.S. and in Europe for over TWENTY-FIVE YEARS with her razor-sharp comedy and hysterical song parodies. Jackie not only warps hits by Britney Spears, Madonna, Mary J. Blige, Christina Aguilera, Cher, Lady Gaga, Katy Perry, Mariah Carey and many others, but she flawlessly sings her twisted new versions LIVE — hitting every last note.

Her hilarious music videos on YouTube are huge hits that have been seen by millions of people. Her one-woman show “Jackie Beat Is A Whole Lotta’ Love” ran a record 18 months at NYC’s premiere cabaret, Fez, and she returns to The Big Apple every year with her award-winning, standing-room-only holiday show as part of her SOLD OUT national holiday tour. Jackie’s stand-up has been featured in comedy clubs across the country and on Comedy Central, VH-1 and MTV. Her scathing song parodies have been featured on America’s Top Forty with Ryan Seacrest, The Howard Stern Show, Much Music TV, Yo on E! and PerezHilton.com.

She has appeared on many TV shows such as “Sex and the City” and in several movies including “Flawless” with Robert DeNiro, the festival hit “Wigstock The Movie” and the camp cult horror favorite “Gingerdead Man 3: Saturday Night Cleaver.” Jackie has also been in many off-Broadway productions, performed on countless cruises ships, toured with Roseanne Barr as her opening act (including a 7 week run at the New York New York in Las Vegas!), has enjoyed a sold-out 8-week run in Provincetown in summers past, and is lead singer of the popular electro-rock band Dirty Sanchez, who toured with My Life With The Thrill Kill Kult. Their debut CD was released on Hypnotic Records and their music was featured on the campy NBC soap opera, “Passions.”

Jackie Beat is also a proud Writers Guild member who has worked on The WB sketch comedy show “Hype!,” the Sci-Fi Channel original series “Tripping The Rift,” and E Entertainment TV’s “Fashion Police.” Jackie wrote for Roseanne Barr on her Comedy Central Roast, for host Kate Flannery on “Stand-up in Stilettos,” on Ross Mathews’ series “Hello Ross” for E and on his debut book, “Man-Up!” In addition, Jackie has written special material for the likes of Rosie O’Donnell, Margaret Cho, Sandra Bernhard, Patricia Arquette, Jennifer Coolidge, Elvira and more. Jackie has also written the plays “Double Wide Female,” “Scream Teen Scream!” and “Whatever Happened To Busty Jane?” along with quite a few brilliant (but ahead of their time?) motion picture screenplays and TV pilots. Jackie has also contributed to countless magazines, was a regular columnist for Frontiers Magazine and one of US Magazine’s Fashion Police top cops.

Jackie’s latest venture is impersonating her “spirit animal” — the one and only Bea Arthur — in both the stage version of The Golden Girlz Live (over 70 sold-out shows!) and as part of The MisMatch Game at the LA Gay & Lesbian Center to benefit homeless LGBT youth.

Whether you’re looking for one or two show-stopping, jaw-dropping numbers — or a full ONE HOUR show of music and comedy — Jackie Beat is your “girl!” 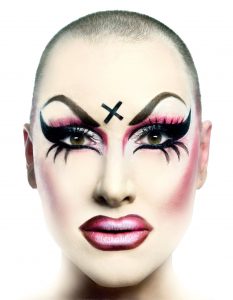 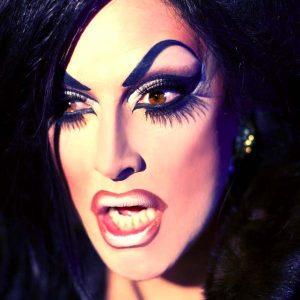 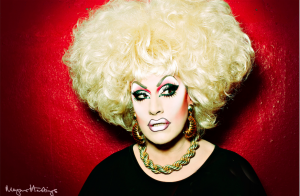 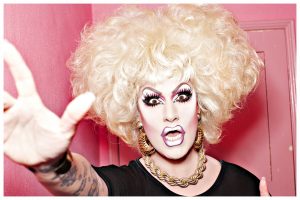 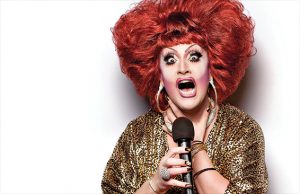 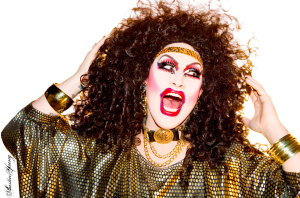 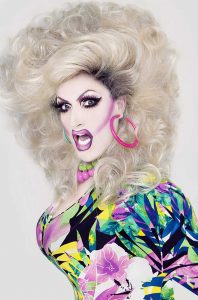 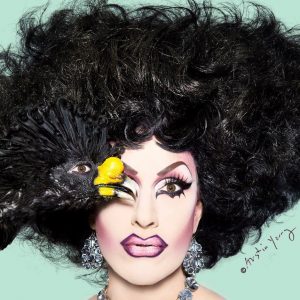 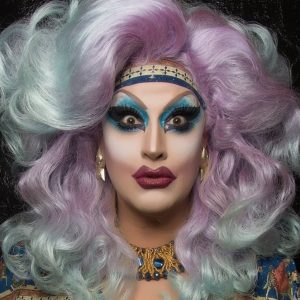